Interview: Writer Sara Kay Rupnik discusses the gun in “An Act of Mercy”

Posted on November 2, 2019 by BettyJoyce Nash and Deirdra McAfee 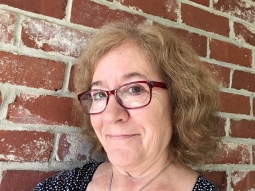 SKR: Anger triggered the story. I knew of a woman whose husband had left her; she was in the back of my mind, a friend of a friend; there had been no violence but she was convinced that he would come back. I lived in a very small town and everybody knew he had moved in with someone else. I was also angry at my own husband.  We have a good marriage, but you have to explore the limits of anger. I think the anger was there, when I wrote it. It was based on someone being so angry they thought they might kill someone, so I gave her that fantasy, and that fantasy. In the story, that gave her hope that of course he’d come back, she wouldn’t kill him, just make him suffer a little.

L&L: What else does this gun come to mean for her?

SKR:  When the character shops for the gun she’s already begged and pleaded. After such hurt, you can’t function. That anger at the beginning, that sense of justice at the beginning, violence, softens as the story goes on, but the gun was an extreme measure. She’s nervous about buying the gun and filling out the forms because she is still angry. The gun becomes a comfort to her, a security blanket.

L&L: The story counters the stereotype of men intimidating women with guns.

SKR:I didn’t think about that when I wrote it. When I started the story, I thought they were going to have a confrontation. And then, I thought, why would her husband come back? What occasion would cause him to come back? And I liked the way it went.

L&L: Where did you place the story?

SKR: Pennsylvania. A lot of people travel to the western Pennsylvania area to hunt. That worked out well, with the hunter, who appears later in the story. Initially, I knew nothing about the regulations, but I talked with a game warden, about the laws, and checked on gun regulations. At that time, [buyers] did need to fill out a form.

L&L: What do you think happened to the gun, after the story ends? I would imagine she’d still keep carrying it around—she wouldn’t carry it as a good luck charm to bring her husband back, she’d give up on that—but I think she’d still carry that gun around—something about the weight of it “weighed” her back to reality—until she felt even more grounded. She still would need that gun for awhile, she’d just automatically put it in her pocket. At the end, there’s hope she’s turned a corner, but I think she would have to have that gun for awhile; she’d  automatically put it in her pocket, there’s hope she’s turned a corner now.

Sara Kay Rupnik’s most recent short story, “When Lucinda Holloway Met J.W. Booth, April 1865,” appears in the September issue of The Write Launch.  Other stories have appeared in The Chautauqua Literary Journal, Persimmon Tree, and The American Literary Review. A collection of her work, Women Longing to Fly, was released in 2015 by Mayapple Press.  Rupnik received an MFA in Writing from Vermont College, and co-founded the Around the Block Writers Collaborative. She teaches creative writing for the Jekyll Island Arts Association.

About BettyJoyce Nash and Deirdra McAfee